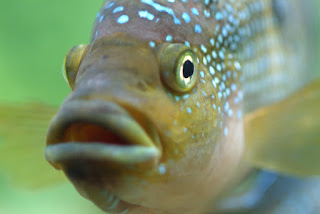 My friend Steve and I are vacationing in Upstate New York this week and were on our way to the Baseball Hall of Fame in Cooperstown this morning when I happened to see a few small red words on the map of New York: Gladding International Fishing Museum. "Oh, I wish I hadn't seen that," I said. Duty demanded that I tell Steve, who is a fishing fiend. After humoring him for a visit to a baseball museum (snore!) how could I possibly endure a stop at a fishing museum?

But I knew how much he would like it. Especially after we checked it out on my smart phone. While he was driving down the road to Cooperstown, I read to him about the octagonal 1860 Newton Homestead which housed the museum, according to hits on Wikipedia and Facebook. Then I read him a wonderful New York Times story by James Sterngold.

"To the uninitiated, true, it will look like a musty attic full of junk. They will also think it a particularly odd spot to house such a trove, lying as it does on a hill in a tiny village in Chenango County.
But to that person whose wellsprings of hope and patience run deep, who is bound up in the mystery of how fish can be persuaded to attack odd wood or metal objects with that distinctive viciousness, the collection is more evocative than a gallery of Monets."

His descriptions sold us, especially his ending.

" To my mind, the best are the stuffed fish. Topping the lot are a 42-pound salmon caught in 1930 and a 37-pound Muskie from 1937. The Muskie looks nothing like the vacant, limp creature that a dead fish is supposed to be. This one is moth-eaten and much the worse for wear. But it has a look in its eye, its dark wary eye, as though it were spying through the grasses of a lake bottom, lying in wait for something sneaky in red and white with menacing yellow and green eyes."

So, after our tour of Cooperstown, and a little picnic lunch on a lovely lake, we asked our GPS "Sammy" to take us to the little town of Otselic. "Sammy" believes in as-the-crow flies navigation so she took us by the straightest route (only 45 miles from Cooperstown) but over mountains and down roads that became increasingly more narrow. By the way, "Sammy" didn't have the fishing museum in her list of attractions, but it was opened only three afternoons a week, according to the Times article, so I wasn't too surprised that it wasn't listed on the GPS. Once we made it to Otselic, which can't be called a town in anyone's vocabulary, we turned toward South Otselic, about 6 miles away. According to the map, the little red square marking the museum was between the two towns. We could hardly miss an octagonal house, could we? But there was no oddly shaped house. No sign about a fishing museum.

South Otselic proved to be much larger than Otselic and Steve, who is never afraid to ask directions, pulled into the post office and went inside. He returned a few minutes later laughing.

The museum had closed 20 years earlier!

The Gladding International Fishing museum was as tempting as that red and white fly with the yellow and green eyes -- and just as fake.

Posted by Sue Merrell at 6:50 PM No comments: 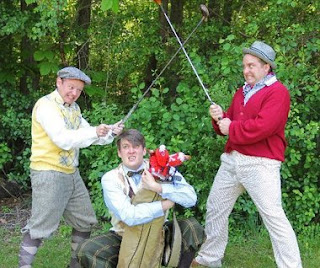 Summer theater usually has no shortage of comedies. I've seen a couple of great ones in the last week and another one, "Escanaba in da Moonlight," opens tonight at Circle Theatre. I mentioned "A Funny Thing Happened on the Way to the Forum" in an earlier post. It continues at Civic through Father's Day. Now, for the triple crown, I'd like to nominate a third show, "The Fox on the Fairway" at Augusta Barn Theatre. It's a pretty typical door-slamming farce with six characters running every which way. My review will be published tomorrow on Encore Michigan. The show runs for another week and will be followed by "Pal Joey" staring West Michigan's favorite soap queen, Kim Zimmer. Zimmer was in the audience of "The Fox on the Fairway" opening night and seemed to be having a great time. Barn producer Brendan Ragotzy announced Zimmer will be touring with "Wicked" on the West Coast starting in December.
Posted by Sue Merrell at 5:46 PM No comments: 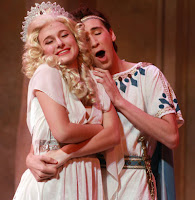 See, this is a perfect example of the terrible job I have. First I went to the dress rehearsal for "A Funny thing Happened on the Way to the Forum" at Grand Rapids Civic Theatre. My circle at Grandville United Methodist Church had made plans to see the show so I went along. The next night, I returned to review the show. Oh, woe is me. Night after night of laughing. Actually, it's more than just fun. The music is quite catchy with nice wordplay. I love double entendre. So even a couple of days later I find myself humming "Everybody ought to have a maid" and I laugh again. Nice way for Civic to close the season.
Posted by Sue Merrell at 12:45 AM No comments: 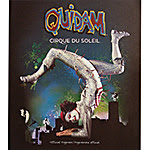 What is it about today's sound technicians? Are they all deaf? I went to see the touring show Quidam, one of the Cirque du Soleil productions, and had a horrible time. Oh, the show was fantastic. Unbelievable contortions and athleticism. But I couldn't applaud because I had my fingers in my ears. The show was so loud that I kid you not the concrete beneath my feet was vibrating. Imagine what it was doing to all those ear drums. A show like this should come with a warning from the surgeon general's office: Warning. This show could be hazardous to your health. Don't worry. I'll never see another Cirque du Soleil. And I may never go to the Van Andel Arena again, either. My ears hurt for hours afterwards.
Posted by Sue Merrell at 10:24 PM 1 comment:

A funny thing happened on the way to review Grand Rapids Civic Theatre's "A Funny Thing Happened on the Way to the Forum."
I had the wrong date.
So did my editor.We were both using the original schedule and expected the show to open next week, June 8. Then Tuesday I happened to see something someone posted on Facebook about June 1. I went to Civic Theatre's web site and sure enough. The opening had been moved a week earlier! We made the necessary adjustments. I went to Thursday's dress rehearsal with my church group and I'll be there to review tonight. Glad I did a no-notes preview on Thursday. I was laughing too hard to really pay attention! Maybe tonight I can catch everything I missed. At least I won't be running down the aisle wailing "I'm late, I'm late for a very important date!"
Posted by Sue Merrell at 12:49 AM No comments: