And it keeps on ticking 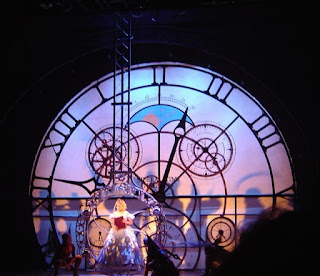 This week  I went to see "Wicked" for the fourth time and was surprised to realize how timely the social commentary is almost 20 years after it was written. The first time I saw it on Broadway in 2004, George W. Bush was president. We had been chasing Weapons of Mass Destruction in in Iraq and discovered we had been deceived. So the lines about the wizard telling people the lies they want to hear and the government uniting people by blaming others seemed right on.
Now, in 2017, with Mr. Trump in the White House, the Wizard's line that he lies "only verbally" seems so much funnier.  And Madame Morrible making up fake news releases about the so called "wicked " witch is unbelievably current.
This timelessness is discussed in "Wicked: The Grimmerie," a book about the making of the musical. When Gregory Maguire wrote the novel in 1995 it was in response to government lies from Watergate to the Gulf War.  Winnie Holzman, who wrote the book for the musical, says when she started working on it in 1998 the wizard seemed a lot like Bill Clinton and his scandal at the time.
"The Wizard has no power. He has to exploit the fear and ignorance of others. That is a theme in history that repeats itself over and over," says producer Marc Platt. 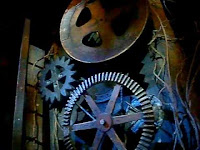 Oh, dear.
I always thought the clock face and all the cogs and gears in the set of  "Wicked" were to signify the time machine that is taking us back to the story before "The Wizard of Oz." Now I see that we, like the people in OZ, are trapped in the clock. The cogs of our world are pulling us continuously, helplessly through an unbroken cycle of deception. Like clock work. 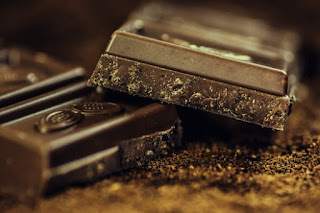 Some days it seems like the world is coming to an end. Hurricanes one after another. Fire burning up Montana and now California. Earthquakes in Mexico. Mass shooting in Las Vegas.

But I just heard about a tragedy that tops them all. Some fungus is attacking cocoa plants which means there could be a shortage of chocolate! OMG! Anything but that!

And then I read that it's not just any fungus but one that can clone itself. Doesn't that sound like science fiction? Clones are attacking the one plant that can help us survive hurricanes and fires and earthquakes! (Not to mention semester finals, dates with jerks and crummy performance reviews.)

These clones cause "frosty rot pot" which is devastating chocolate production in Central and South America. The good news is cocoa plants are surviving in Brazil and West Africa, for now.

I asked about this fungus at my favorite chocolatier, The Grocer's Daughter in Empire, MI. They had heard about it but said it hasn't affected their supply, which I must say is fantastic.

Think I'll go nibble some right now, in case another catastrophe hits and I need cheering up!
Posted by Sue Merrell at 7:21 PM No comments: 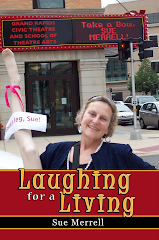